This website provides some aspects of research for historians interested in German activity in the Asia-Pacific-Indian Ocean regions in the decades before 1914- the period of Weltpolitik (World Policy) under Kaiser Wilhelm II. This is of considerable importance for both the defence history of Australia and for the history of Anglo-American economic and strategic interests. The selection of work presented here is based on archival research, primary sources and my publications, with the aim of showing the existential threat Australia faced in 1914 from an expansionist Germany which was recognised by contemporary politicians and defence personnel. There was absolutely no doubt in the minds of German planners that an attack on Australasian, Canadian and American merchant shipping and port facilities was both feasible and essential. In tandem with attacks against Australasian trade and troop transports through Suez, and operations in North and South American waters, the aim was to disrupt the British war economy by the interdiction of raw materials and foodstuffs and cause economic pressure and social unrest which would force the British Government to negotiate peace terms acceptable to Germany. Thus German activity in the Asia-Pacific region is placed in a critical world-political context. 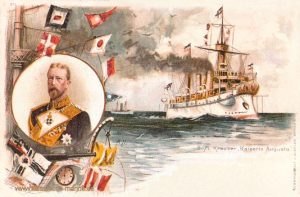 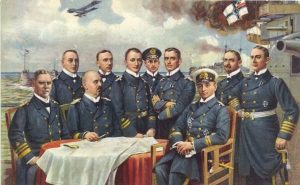 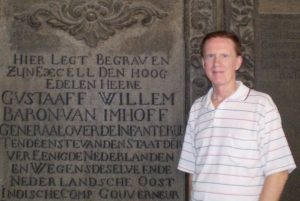 Peter Overlack was awarded a DAAD (German Academic Exchange) Scholarship for his MA on the German acquisition of Samoa, and as recipient of a University of Queensland Postgraduate Award completed his Doctoral (PhD) thesis on the East Asian Cruiser Squadron as an instrument of German Weltpolitik.  He has been widely published on German and Australian naval, colonial, strategic and intellectual history in journals such as the Australian Journal of Politics & History, Journal of Australian Studies, Journal of Military History (USA), Journal of Strategic Studies (UK), The Historian (USA), War & Society, as well as being a contributor to several books and participating in international conferences. From an early age his interest in history was sparked by the lives of forebears who included diplomatic representatives in Germany, ship captains for the Rotterdam Lloyd and plantation managers in the Dutch Indies. He is a secondary teacher and freelance historian and writer in Brisbane.